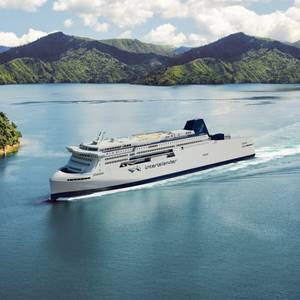 New Zealand's state-owned KiwiRail has issued a request for proposal to find a preferred shipyard to build two new RoPax ferries for operator Interislander.The international tender follows a NZ$400 Million (US$256.1 million) contribution to the 2020 Budget that enables KiwiRail to procure two new modernized vessels for service between capitol Wellington on the North Island and Picton on the 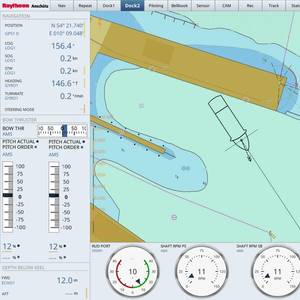 Raytheon Anschütz is introducing a new “Docking Display” as an optional feature for the Conning NX navigational ship software.The Docking Display provides a navigator an overview of ship data at a glance and a chart window to facilitate docking. It is designed using Conning NX “widgets” that can be adapted and combined, as needed. 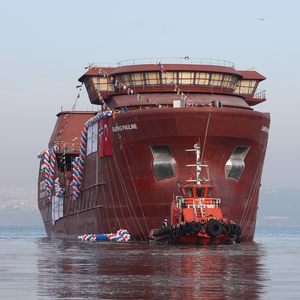 Corvus Energy announced it has been selected by BMA Technology in Turkey to supply the lithium-ion battery-based energy storage system (ESS) for a new Live Fish Carrier to be built at Tersan Shipyard in Turkey.This is the second vessel in a series of two for Norwegian salmon and trout producer, Nordlaks.

German shipping major Hapag-Lloyd announced that one of its ships recently refueled in Rotterdam with an eco-friendly biofuel, as part of its plan to reduce CO2 emissions."For the first time, the “Montreal Express” is being powered by so-called “B20” fuel, which consists of 80 percent low-sulfur fuel oil and 20 percent bio-diesel based on cooking oils and fats that had previously been used in