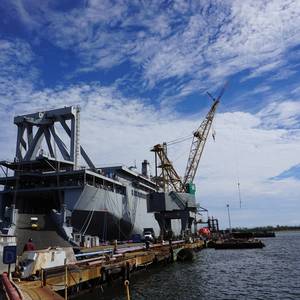 The U.S. Department of Transportation’s Maritime Administration (MARAD) announced $19.6 million in grants to support capital improvements at 28 U.S. small shipyards as a part of its Small Shipyard Grant program. The grants enable small shipyards to modernize equipment and processes to fuel future growth.

Three ships were attacked by pirates in Singapore Strait early in the morning, and late at night, on Dec 20, said South East Asia piracy watchdog ReCAAP ISC.Of the three ships that were boarded, two were bulk carriers and one was a tanker.  Due to the proximity of the incidents, the same group of perpetrators responsible for the incidents on 20 December 2019 cannot be ruled out.