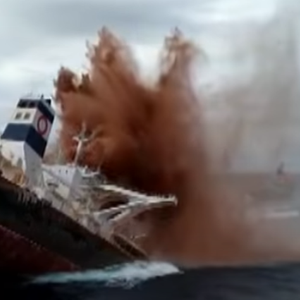 The 340-meter-long very large ore carrier (VLOC) Stellar Banner has been scuttled off the coast of Brazil after being declared a total loss due to extensive hull damage suffered during a grounding incident.The 300,660 dwt vessel, owned and operated by the South Korean company Polaris Shipping, ran aground while carrying iron ore bound for China from Vale's terminal in Maranhão in February. 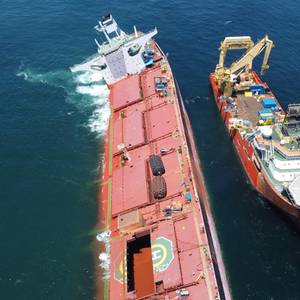 Stellar Banner to Be Scuttled Off Brazilian Coast

A 340-meter-long very large ore carrier (VLOC) that ran aground off the coast of Brazil earlier this year will be scuttled due to the extent of hull damage suffered as a result of the incident, Brazilian authorities said.The 300,660 dwt Stellar Banner, owned and operated by the South Korean company Polaris Shipping 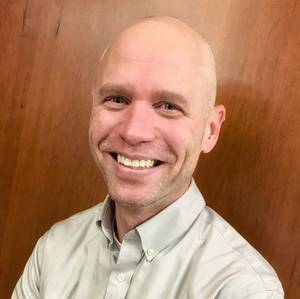 @ Glosten: “Crazy ideas are not off the table”

From racing scows on the inland lakes of Minnesota to graduating from the United States Merchant Marine Academy to taking the helm of Glosten, Morgan Fanberg has led a ‘maritime life.’ We caught up with Fanberg in his Seattle office to discuss the path ahead for one of the U.S.’ most progressive and respected naval architecture and marine engineering firms. 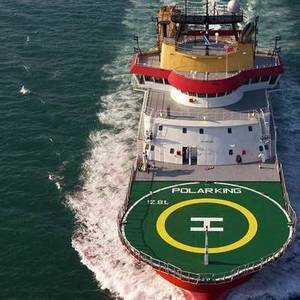 Oslo-listed offshore vessel owner GC Rieber Shipping last week completed the sale of its Polar King construction support vessel to, at the time, unnamed buyers.It has now been revealed that the 2011-built vessel was sold to the Greek-based Asso Group who took delivery of the vessel last week in Eydehavn, Norway. 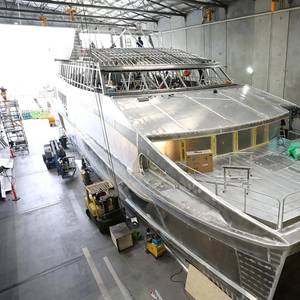