The U.S. Navy will name a ship that has yet to be built after the city of Harrisburg. The naming of the future USS Harrisburg was announced Thursday in the Capitol Rotunda, at an event that included federal, state and local officials.Secretary of the Navy Richard V. Spencer named the next San Antonio-class amphibious transport dock ship, LPD 30, in honor of Harrisburg, Pennsylvania 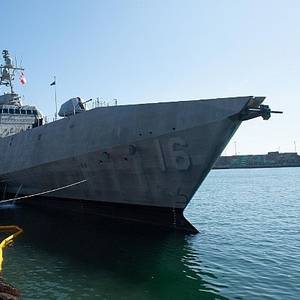 The City of Los Angeles welcomed more than 1,200 Sailors and Marines to the Los Angeles and San Pedro area for a week-long tribute to the sea services during the fourth annual Los Angeles Fleet Week Aug. 27-Sept. 2.Los Angeles Fleet Week offers the public an opportunity to tour Naval ships, engage with service members, and enjoy a variety of displays and events throughout the week.