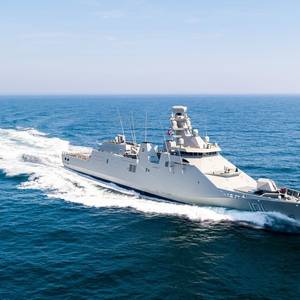 The Secretariat of the Navy of Mexico (SEMAR) has held a ceremony marking delivery of the Long Range Ocean Patrol (POLA) Class vessel ARM Reformador. The delivery ceremony was attended by Admiral José Rafael Ojeda Durán, Secretary of the Navy and High Command of the Mexican Navy, in the company of Mr. Juan Carlos Atecas Altamirano, Municipal President of Salina Cruz Oaxaca.

Classification Society ClassNK is participating in the “Cross-industrial Working Group Related to Zero Emission Alternative Ship Fuels” established by the CCR Study Group (*). This working group which ClassNK acts as secretariat to aims to reduce CO2 emissions in the international value chain by use of methane synthesized through methanation technology which combines CO2 and hydrogen produced

International Maritime Organization (IMO)'s treaty for safe and environmentally-sound ship recycling has received another boost.  Japan has become the 10th country to become a Party to the Hong Kong Convention.According to the UN body, the Convention covers the design, construction, operation and maintenance of ships 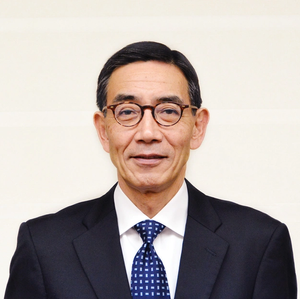 Effective March 12, 2019, Mr. Hiroaki Sakashita has been appointed as Senior Executive Vice President as well as Executive Director of ClassNK.Sakashita began his career at Japan’s Ministry of Transport (now Ministry of Land, Infrastructure, Transport and Tourism) in 1980. During his period at the government he has played vital roles in maritime administration including regulatory oversight and

Swire Shipping, trading division of China Navigation Company, announced it will be entering a new vessel sharing partnership from New Zealand to Tonga, Samoa (Apia), Cook Islands and Fiji. This market leading service will depart every 10 days from Auckland.“Swire Shipping has built up a strong reputation for itself as a market leader connecting the Pacific Islands to the world.

A regional workshop organized by International Maritime Organization (IMO) has provided senior maritime administration officials in Latin America with the latest information on current and future developments at the Organization.The workshop for the regional maritime authorities networks

The third annual meeting between the International Seabed Authority (ISA) Secretariat and the contractors with deep-sea exploration contracts in the international deep-seabed (the Area) concluded in Changsa, China on Sunday.Delegates gathered at the three-day meeting hosted by China Minmetals from October 11-13 to discuss areas of common interest

The International Association of Ports and Harbors (IAPH) appointed Dr. Masahiko Furuichi as IAPH Secretary General, succeeding Mr. Susumu Naruse, as of 1 September. He has officially taken office.Dr. Masahiko Furuichi is not new to IAPH.  Since 2006, he has played an active part in the Association, attending numerous IAPH meetings and conferences

The International Maritime Organization (IMO) Secretariat is attending the latest in a series of conferences to develop a legally binding international instrument, under the UN Convention on the Law of the Sea (UNCLOS), on the conservation and sustainable use of marine biological diversity in areas beyond national jurisdiction - known as 'BBNJ'.

Ten years after the adoption of International Maritime Organization (IMO)’s Hong Kong Convention for the Safe and Environmentally Sound Recycling of Ships, in May 2009, there has been progress with voluntary application of its requirements, but the treaty needs to enter into force for it to be widely implemented.

The legal committee of International Maritime Organization (IMO) will discuss a number of proposed measures to prevent fraudulent registration of ships and other deceptive shipping practices, during its 106th session (27-29 March).According to the UN body, this follows reports of fraudulent use of their flag by a number of IMO Member States.