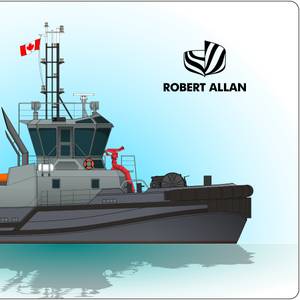 Robert Allan Ltd. announced that  they have been awarded the contract from Ocean Industries Inc., a related corporation of Ocean Group Inc., to design a new generation of Ship Handling tugs to be built at the Ocean Industries Inc. shipyard at L'Isle-aux-Coudres, Quebec for the Royal Canadian Navy. 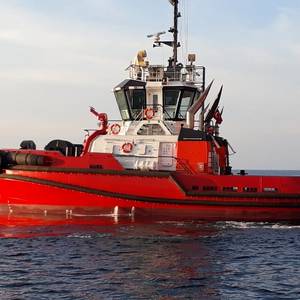 Sanmar Shipyards delivered a 24 meter ASD Tug with 60 tbp to Marintug of Turkey.This vessel is a RAmparts 2400SX-type with a 60 tonnes bollard pull, designed by Robert Allan Ltd.It is powered by a pair of Caterpillar 3512C main engines that each can produce 1765kW power with 1800 rpm’s which is combined with Rolls Royce US 205 FP ASD thrusters with built-in slip clutches. 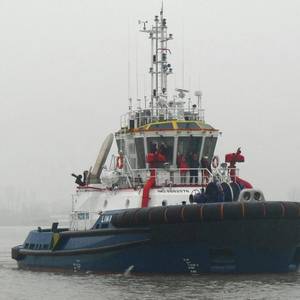 Chinese shipbuilder Jiangsu Wuxi Shipyard delivered the ship-assist tug Lima, a Robert Allan RAmparts 2400-W design to TRAMARSA, a maritime and port operations company in Peru.The new vessel is named after the Lima Civilization, which was established long before the Inca Empire and is also the name of the capital and largest city in Peru. SCHOTTEL said it has secured a contract with Turkish shipbuilder Med Marine to provide propulsion units for a newly built escort and harbor tug. The Robert-Allan-designed tugboat is under construction at the Ereğli Shipyard in Northern Turkey. It will be used for harbor and terminal operations as well as for coastal towing. 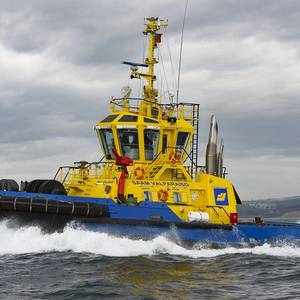 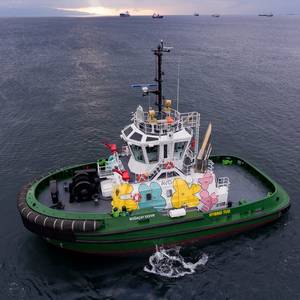 A ceremony at Sanmar's Altinova shipyard on January 11, 2020 celebrated the commissioning of the 200th tug built by Sanmar to a Robert Allan Ltd. design -- an achievememt reached in just over 25 years' time.The milestone tug, the Boğaçay XXXVIII, is the latest evolution of the RAmparts 2400-SX design 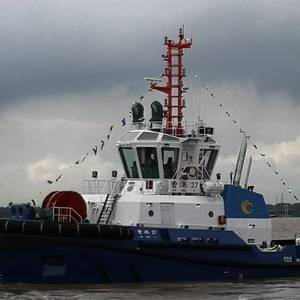 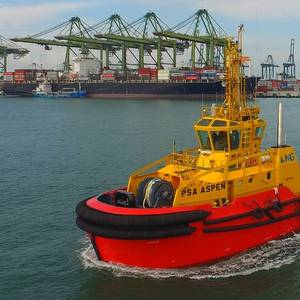 Singapore container terminal PSA Marine has taken delivery of a dual fuel ship-handling tug from local builder PaxOcean Shipyard.Named PSA Aspen, the Robert Allan Ltd-designed vessel is the first dual fuel tug to enter service with PSA Marine in the Port of Singapore.The cooperation between Robert Allan Ltd. and PSA Marine began in 2002, with the design of Z-Tech tug series.

Canadian naval architectural firm Robert Allan (RAL) announced they have been awarded the contract from Ocean Industries to design a new generation of Ship Handling tugs.The new tugs are to be built at the Ocean Industries Inc. shipyard at L’Isle-aux-Coudres, Quebec for the Royal Canadian Navy, said a press release. 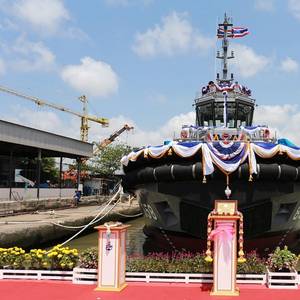 Thailand's shipbuilder Italthai Marine has launched a new RAmparts 3200 tug in Samut Prakan, Thailand.According to a release from Robert Allan Ltd, who designed and developed the tug, this is the second hull built by Italthai Marine for the Royal Thai Navy, the sister of Panyi 857 which was delivered in 2016 and has been successfully in operation since. 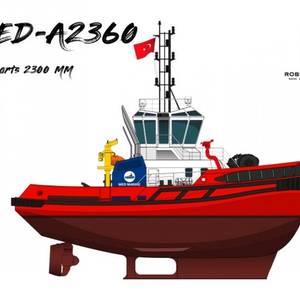 Turkish shipbuilder and tugboat operator Med Marine signed a contract for a MED-A2360 series tugboat with Saam Guatemala for its Puerto Quetzal operations.The vessel is a RAmparts 2300-MM tugboat, designed exclusively for Med Marine. She is named as Saam Itza and the delivery is set for June 2019. 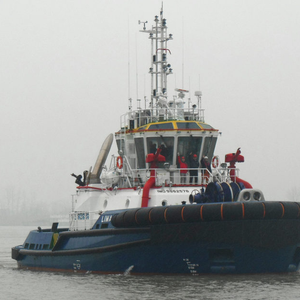 Jiangsu Wuxi Shipyard delivered the ship-assist tug Lima, a Robert Allan Ltd. RAmparts 2400-W design to TRAMARSA in Peru recently. The new vessel is named after the Lima Civilization, which was established long before the Inca Empire and is also the name of the capital and largest city in Peru today.