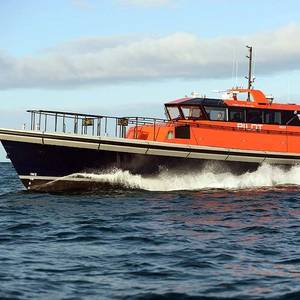 Western Australian boatbuilder Dongara Marine has delivered a second Berkeley Class pilot boat to the port of Fremantle. ‘Genesis’ will join ‘Berkeley’, which has been operating in the port since 2015.Whereas Berkeley is owned by Fremantle Pilots, the 19.4-meter new vessel has been acquired by Harbour Services Australia (HSA) as part of the company’s fleet of 18 workboats ranging from six-meter

Singapore’s troubled liftboat operator Ezion Holdings has signed a memorandum of agreement to sell its offshore vessel Teras Genesis to the offshore and maritime chartering and brokerage company Astro Offshore.Ezion, in an attempt to reduce cash burn and shift focus to liftboats, has agreed to sell the vessel for cash consideration of US$2.25 million.

The Houston Ship Channel reopened on Wednesday to two-way traffic after salvage crews removed two gasoline barges damaged in a weekend collision with a deep-draft vessel, officials said.About 11,280 barrels of gasoline spilled into the channel near Bayport, Texas, after a 755-foot (230-metre) tanker collided over the weekend with a Kirby Inland Marine tugboat towing two barges containing the fuel. 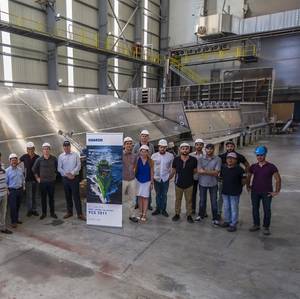 Damen Building an FCS 7011 in Antalya

Two and a half years on from the genesis of the FCS 7011 concept in response to extensive feedback from the offshore energy sector, the build of the first of this design has begun at Damen Shipyards Antalya, Turkey. The milestone was marked by a traditional keel-laying ceremony held at the yard.