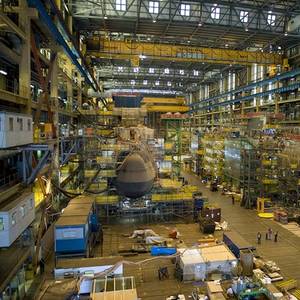 A shipyard in northern England that builds Britain's new generation of nuclear submarines was evacuated on Wednesday after what a local news website said was a bomb warning.Ambulances and police were on the scene in Barrow-in-Furness in northwestern England. The defense ministry declined to comment."As a precaution, the Devonshire Dock Complex has been closed," a spokeswoman for BAE Systems said. 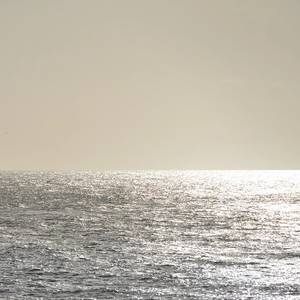 British defense minister Ben Wallace said on Tuesday the Department for Transport and his ministry would issue guidance to shipping in the Middle East imminently after the killing of an Iranian military commander heightened tensions."The Department for Transport are reviewing the threat state and advice to red-ensign shipping on a daily basis and, supported by the Ministry of Defense 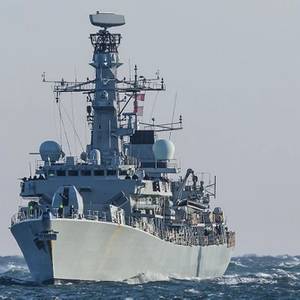 UK Lowers Security Level for its Ships in Strait of Hormuz

Britain lowered its security risk level for UK-flagged ships travelling through the Strait of Hormuz on Thursday, more than a month after one of its tankers was finally released from detention by Iran.The Stena Impero was seized in July by Iran's Revolutionary Guards in the Strait, a major oil shipping route

A worker died in an incident at the Tata Steel site at Port Talbot in South Wales on Wednesday, police and the company said."We have to report the sad news that a contractor colleague working at our Port Talbot site has died following an incident on the site today," Tata Steel Europe said on Twitter."Our thoughts are with his family and friends. A full investigation has been launched. 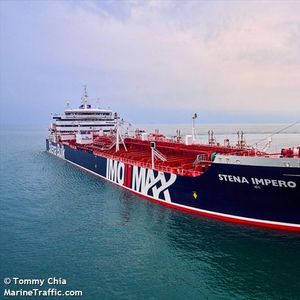 The owner of a British-flagged tanker detained in Iran has met the country's foreign minister, Mohammad Javad Zarif, to make the case for the ship and its crew to be released.Erik Hanell, chief executive of Stena Bulk, met Zarif in Stockholm on Aug. 20 to ask for the Stena Impero to be released.

The Swedish-based operator of the British-flagged tanker seized last week by Iran said on Tuesday it was still awaiting permission to visit the ship's 23 crew members."We continue to focus our efforts on supporting the families of those affected in India, Russia, Latvia and the Philippines and will continue to offer full support until all 23 crew members are released and safely back with their

Gibraltar police said on Friday they had arrested the two second mates from the Iranian Grace 1 tanker which was detained last week on suspicion it was breaking European sanctions by taking oil to Syria.On Thursday, the captain and chief officer of the vessel were arrested."All four men are Indian nationals and they have been granted full legal assistance," Gibraltar police said in a statement.

Gibraltar police said they have arrested the captain and chief officer of the detained Iranian Grace 1 supertanker accused of violating EU sanctions on Syria and have seized documents and electronic devices from the vessel.Last week British Royal Marines boarded the tanker off Gibraltar and seized it on suspicion that it was breaking EU sanctions by taking oil to Syria.