APM Terminals Medport Tangier container terminal has officially opened its doors in Morocco.Part of the Tanger Med Port complex, it has an annual capacity of 5 million TEUs (twenty-foot equivalents)."With this new capacity, Morocco is establishing itself as one of the most important transshipment locations in the world. 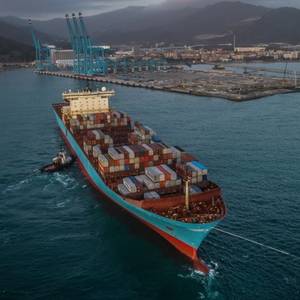 APM Terminals said that its new deep-sea container terminal, Vado Gateway terminal, located in Vado Ligure, Italy, received its first commercial service on 11 February 2020.The ship, M/V Maersk Kota, was the first of seven ships from Maersk’s weekly ME2 service, connecting the Mediterranean with the Middle East and India.

Finnish manufacturer of cranes and lifting equipment Konecranes Oyj has won an order to supply a terminal at Tangier Med Port II with 16 Rubber Tired Gantry (RTG) cranes.The cranes will be delivered in batches with the last ones arriving by mid-July 2020. The order was booked in May 2019. 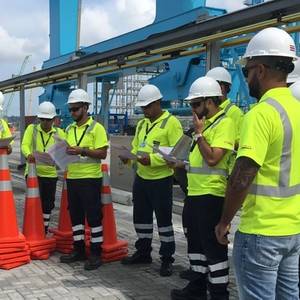 APM Terminals, the international container terminal operating company headquartered in The Hague, claimed that one year since the implementation of its new global operator training program known as ConQuip, and the approach is paying off.The company’s goal is to implement standardized operator training across 38 Global Operations, said a press release.

The deep water port on the shore of the Pearl river (aka Zhujiang River), in the Nansha District in the Southern China, Port of Nansha doubled direct connection with North Europe and West Africa.The first navigation ceremony was held at the dock site on  July 28, as the first sailing of Elly Maersk in port of Nansha marked a new upgrade of AE7/CONDOR of 2M alliance from Asia to Europe.